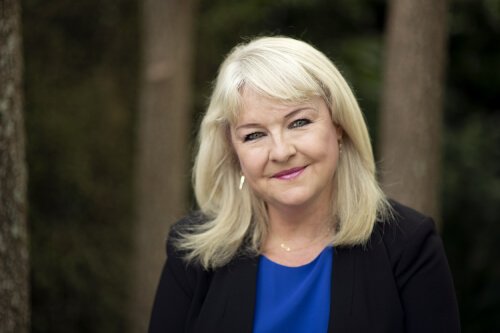 Businesswoman Jeanette has held global senior positions with companies including Kate Spade and the Ford Motor Company. Menopause coincided with a new job in a new country, with symptoms causing work anxiety and the most painful resignation of her corporate life

What was your experience of menopause at work?

We moved to New Zealand and I had started a demanding executive role in an Australian-owned bank. It was a sector which was new to me and was undergoing unprecedented, high profile, regulatory changes. At exactly the same time, perimenopause was affecting me. (As with many women, I did not realise what it was until 12+ months later.) Unbeknownst to me, I was dealing with menopause at work.

We had moved our two children away from their friends and across the world. There was no local family or friends support network. Then we moved house within NZ and we were all trying to settle in and make new friends. I was always ‘too busy’ to seek medical help when my symptoms became problematic.

When did your symptoms start and what were they?

Looking back, I realise I had perimenopausal symptoms for approximately seven years, with night sweats and ‘brain fog’.

Also, I realise now that mood swings were prevalent too. I thought they were all stress-related, juggling a busy global executive role with family needs (I have two school-age children).

I am just past 50 and, happy to say, I’m now post-menopause and back to my normal self. Menopause at work is no longer an issue for me. In fact, as with puberty, I’ve realised that menopause is a life stage which passes. It leads to powerful energy and renewed confidence beyond it, further enhanced by wisdom and experience.

What were your menopause at work symptoms?

I was having very obvious hot flushes in the office every day. It was uncomfortable for many of my colleagues and one person even gave me a handheld fan. I had night sweats, sleepless nights, brain fog, memory lapses, anxiety, weight gain… and these led to a loss of confidence.

How did your perimenopause symptoms affect your work?

I had never really been badly affected by stress before, (as I’d been taught how to meditate and self-coach). I thought I must be going crazy because the symptoms (and there are so many) were so bad!

For the first time ever in my career, I recognized that I wasn’t enjoying or mastering my new job. I was also working 80+ hours every week while dealing with fatigue, hot flushes, night sweats and mood swings. These were affecting me so badly that I ended up resigning after only 12 months in the role. Menopause at work took its toll.

Have there been any positive symptoms?

No. Although, thankfully, there were many of the known 30+ symptoms which I did not suffer from. Also, now it’s all over, not having periods any more is fabulous. So liberating!

What are the things that are getting you through?

Now that it’s all over, I feel like my life has begun again, but with even more energy. I am sleeping well, eating a healthier diet, exercising daily and I feel wonderful. The brain fog has lifted, the mood swings have stopped, my memory has returned and I’m feeling fabulous again.

I’ve also discovered Reformer Pilates, which is amazing and really enjoyable – and I recommend it to everybody.

I always believe that everything happens for a reason and the biggest challenges provide the best learning. The past year has been a very humbling experience. I want to share my story so that other women realise they are not alone. Unlike me, if you realise you’re suffering menopausal symptoms, you can actually find ways to relieve them.

What has made the biggest difference?

Having incredible support from a wonderful husband and amazing children. Plus, my old friends have kept me sane and helped me realise what actually happened.

Since leaving my job, I’ve connected with so many fabulous women who have had similar experiences of menopause. There’s a movement of incredible women who will change society’s perception of menopause from a taboo subject to being recognised as a life stage. And for which women should be afforded the appropriate support.

I’m committed to changing out-dated perceptions of menopause in New Zealand. Barely anybody talks about it, and most people are visibly uncomfortable when I do.

Did you seek any advice from experts, friends or family?

Yes. Once I had realised that menopause had caused my implosion, I reached out to a wonderful doctor. I also talked to my UK friends and family about my experience.

What was the advice you received?

My mother reminded me that she had, had an awful menopause, and quit her job too. I should’ve realised the same could happen to me. It turned out that my friends have all gone through similar, although not as professionally extreme, difficult times.

My doctor gave me HRT which really worked and totally transformed my life.

I wish I’d known about the 34 symptoms of menopause… that menopause is not only hot flushes and mood swings. And that there are websites and support groups available to help women understand how to manage their symptoms more effectively.

Finally, I wish I’d known that modern HRT remedies are safe. I firmly believe I would have managed much better if I had taken HRT.

Has there been an impact on your relationships?

There was definitely an impact on some work relationships. I didn’t have a career history in New Zealand. Colleagues didn’t realise I had always been a. super-competent at the executive level. And that this challenging phase of a few months was a blip that would pass.

Had I realised I was in the last phase of menopause and the perimenopause symptoms would affect me so detrimentally, I wouldn’t have accepted the new job. I would have prioritised sorting out my own health, and understanding what was really happening. If I had my time again, I would have had the right conversations at work. I would want to be better understood and supported.

What do you say to other women about the menopause?

It is a normal stage of life which you cannot avoid, but it WILL PASS. If you’re in the lucky 20%, it will barely affect you but. If you’re one of the 80%, don’t assume you’re just stressed, depressed, or are losing your mind and/or your memory. Research and find out everything you can about perimenopause symptoms before they hit you, so that you are prepared. For many of us HRT is a life-saver.

Oh, and talk to other women about menopause and what remedies work for them. There is so much wisdom which people are prepared to share, if you ask. Most women don’t openly discuss menopause because it’s still such a taboo subject in the workplace. But many will open up if asked.

Now that I’ve emerged on the other side of menopause, I am super-excited about the next phase of life. I have boundless energy again. I’ve really experienced the sharp edge of failure (and survived), so I feel I can cope with anything.

I also feel I can really empathise with others and help support them in the workplace.

Horrendous at the time, but a massive learning experience. As a successful executive who could always cope with all types of life challenges, it has been humbling. I’m sure this experience will truly serve me well for all of my future adventures.

I’m being vulnerable and telling my story of executive ‘failure’. I’m on a mission to help change the working environment for menopausal women in New Zealand. Having a conversation about menopause is very much feared, and that needs to change. Workplaces are losing too many talented, experienced, high EQ female leaders at the top of their careers who decide to step away. Nobody at work understands what’s really happening, nor is equipped to support them through it.

I firmly believe there is a correlation between the fall-out of menopausal female senior leaders in their late 40s/early 50s and the low representation of women on Boards and executive teams. We need to work on changing this.

You can read more from other women about their menopause and perimenopause symptoms and stories here. 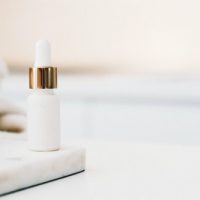 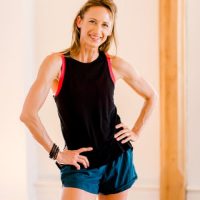 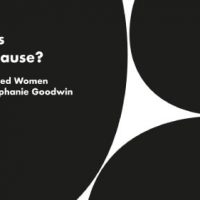