What We Can Learn from Traditional Chinese Medicine

We love the Traditional Chinese Medicine view of menopause as a time of positivity and power in a woman’s life. Here’s how you can channel a bit of that Eastern wisdom.

Menopausal bias is, sadly, alive and well in Western culture. Only last year, the Bank of England deputy governor Ben Broadbent described the UK economy as entering a “menopausal era”. His meaning? Economies that were, “past their peak and no longer so potent”. Charming. He later apologised for his unfortunate choice of words, but it revealed a biased way of thinking that menopausal women live with every day. Maybe Broadbent should have thought about Chinese medicine and the menopause.

In Eastern culture they see menopause as a deep energy shift, a time when you undergo a transformation. You are drawing on wisdom and experience, creating a unique opportunity to transition into the real, authentic, grown up you.

Our favourite response to Broadbent’s clumsiness? Jayne-Anne Gadhia, boss of Virgin Money UK commented, “When I read this I thought about my own menopause and was sure he meant that the future is hard work, challenging, renewing, worth fighting for, 100% positive and constantly HOT!”

Whilst we could all do with channeling some of Gadhia’s positivity, we can also take a leaf out of other cultures, to re-frame this incredible time of a woman’s life.

“In societies where age is more revered – like Japanese and Chinese cultures – the older woman is known as the wiser, improved woman,” says Chinese Medicine practitioner Katie Brindle, who has created the Hayo’u (meaning ‘well you’) methodology, hayoumethod.com.

“In Eastern culture they see menopause as a deep energy shift, a time when you undergo a transformation. You are drawing on wisdom and experience, creating a unique opportunity to transition into the real, authentic, grown up you.”

“Western societies have traditionally seen menopause as a bit of a struggle,” says nutritionist Suzie Sawyer, who specialises in female health, especially through the menopause. “It’s time to reframe this period of a woman’s life as absolutely liberating.”

Know your yin from your yang

In Traditional Chinese Medicine, “Yin and yang represent harmony and balance,” explains Katie. “Everything in the universe, including your body, is made up of two opposing forces that are constantly changing and influencing each other and should be roughly equal.

“Yin is feminine, yang is masculine. Yin is passive, slow and cool like night time, yang is the day: active, energetic and fast. When our bodies become out of balance, this is when symptoms occur.

“In menopause, the Yin of both the kidney and liver are often deficient in the body, primarily due to accumulative stress and ageing. Yin is our internal cooling agent, so we need to nourish it.

“In Chinese wisdom, each organ is associated with an emotion. For the kidneys it’s fear, with physical symptoms manifesting as overheating, night sweats and insomnia.”

Katie’s advice to restore your kidney energy: drink plenty of fluids and learn to find time to be still and to rest. Incorporate as much miso soup, seaweed and bone broth as you can into your diet, daily if possible.

And for your liver? “Learn not to take life so seriously, let go of anger easily and laugh at yourself a bit more. Practice being more empathetic to others and yourself. Make exercise a part of your every day and try a variety of walking, swimming, yoga, tai chi, gentle bicycle riding or golf.”

We tend to focus on what we’re losing rather than what we gain in our menopause years. Eastern cultures embrace the positives.

“Menopause does not seem to have nearly the same effect on women in China,” says Katie. “In fact, 75% of Western women have noticeable menopausal discomfort, while only 10% of Asian women experience the same.

“Researchers put this largely down to diet. There’s more vegetable protein and less animal protein than in a Western diet, it’s also low in fat and high in soy products like tofu.”

“The Chinese and Japanese sail through menopause symptoms with ease because their diets are so different from ours,” agrees Suzie. “They’re rich in plant compounds known as phytoestrogens, which seem to mimic some of the biological activities of female hormones.” Try adding miso, tofu, flaxseeds to your daily diet. “They contain phytoestrogens which help balance hormones for a happier you,” says Suzie.

Also, pay attention to the B vitamins. “They are essential for energy production and you get these from whole grains,” says Suzie. Think brown bread, rice, lentils and beans. She also suggests a high potency B vitamin supplement daily. “Take it with breakfast as it will give you energy for the day and help you sleep better at night.”

Chinese Medicine views Qi (energy) and its movement through the body as determining health. “We inherit Qi at birth and accumulate or lose it as we go through life, depending on the way we live,” says Katie. “The key to feeling great is to ensure a smooth flow of Qi around the body for health and longevity.”

The belief is that illness occurs when Qi stagnates, often as a result of inflammation – chronic stress being one of the main causes. Hands up who gets menopause stress? That’s most of us then.

Katie’s Hayo’u methodology works to calm inflammation, improve circulation and boost immunity to clear toxicity and restore energy. The ideal state being one of balance and smoothness with no blockages – whatever our age.

“We tend to focus on what we’re losing rather than what we gain,” says Susie, of our menopause years. “Eastern cultures embrace the positives.” And it’s about time the rest of us learnt to, too. Bank of England bigwigs included. 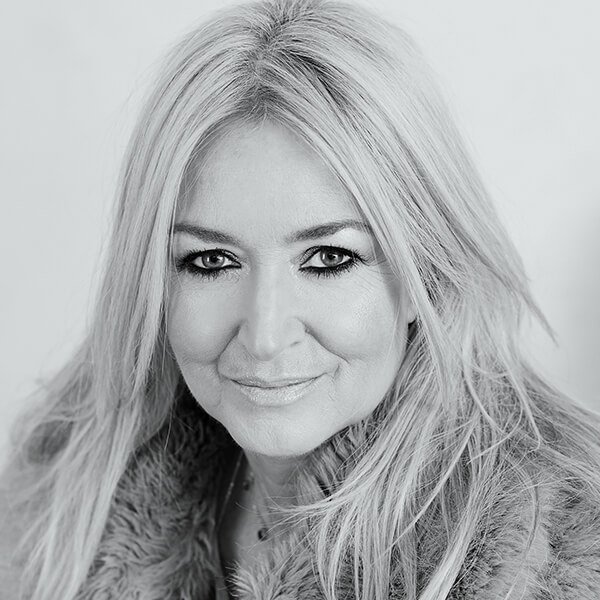 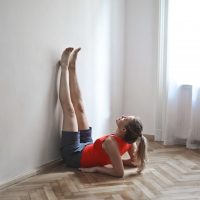 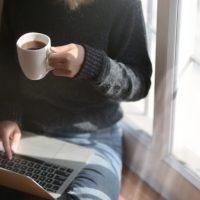 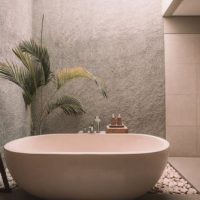